How Econet helped shape my career

April 20, 2019
I can code in several languages though I specialize in full stack web development thanks to Econet Zimbabwe.

During the  days when I started writing code in early 2014 I visited the Econet Zimbabwe website and found that they had some zero rated websites. This meant that, as an econet subscriber, I could access some sites for free without the need to buy any internet bundles. 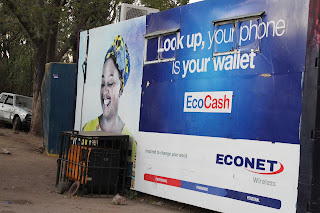 The zero rated content was arranged into different categories and I headed to the education section where I started reading articles on coding. I enjoyed the tutorials titled "Learn Python The Hard Way". I followed most if not all the instructions on a PC I had assembled by myself. I became proficient in coding in Python.

My relationship with econet did not end in learning to code from zero rated content. In 2016 while attending a course in photojournalism I met a guy who was interested with my achievements in coding, by then I had already become a Google developer and I had published an app in the Playstore. All the knowledge I had acquired by that time was from being self taught. I did not want to continue as an autodidact, I wanted to enroll into college and get proper certification. The guy, Cephas, told me about Muzindahub, an institution run by Cassava Smartech

A year later I saw an advert by Muzindahub in the newspaper. I responded to the advert and trained in Frontend Web Development. The five month long course is offered in conjunction with Treehouse, an American institution which offers MOOCs. I completed my track in less than two months and enrolled into other tracks since I was already an experienced coder. I managed to learn WordPress, Java, SQL, Advanced PHP , beginner Android Development and Web design.

I thought that was the end of my journey with econet Zimbabwe but I was wrong. I used to get text messages about Shaw Academy, just like any other econet subscribers. At first I ignored the messages but eventually I decided to visit the Shaw Academy website.

I then chose the Professional Diploma in Photography which I am currently pursuing as I write this article. I enjoyed their detailed and informative online lectures. I am now taking the course concurrently with another one on Web Development from the same site. When I learned about Photojournalism we were not taught on how to use a DSLR camera at all. Therefore I  was more than excited to learn how to operate the DSLR camera especially in manual mode. I love photography so much that I had bought a Canon 1300D in 2018 even though I was busy with my job as a dog trainer/handler.

When I look back in my career I can not help but notice the big role that econet had in shaping my career and as such I would like to thank them for providing me the opportunities to learn how to code and to improve my photography skills.You can also learn how to code.Get INTRODUCTION TO WEB DEVELOPMENT for FREE

Popular posts from this blog

How to write and compile code as well as to publish android apps on a smartphone.

August 25, 2019
Getting Started
There is a guide which I recommend that you read first. It contains a list of all the resources you might need in developing android applications on smartphones. Some of the resources are required for accessing the full course content or for one to be able to carry out practicals as well as for providing the means to interact with the tutor. However, if you want to jump into the course click here.

Prerequisites
Prior knowledge of how to develop simple android applications is an advantage as this course mainly focuses on how to use smartphones in the development process and therefore does not dwell much on teaching an in-depth knowledge of how to create different types of Android apps. However, if you are totally new to Android development you can still be able to learn how to write code and complete this tutorial at the same time by reading Java for Dummies and Android development for Dummies. How lessons will be conducted
The tutorial is self paced and most of the learn…
Post a Comment
Read more

June 19, 2019
WhatsApp gained traction due to its ease of login absence of adverts. It is also affordable and does not have privacy issues and for that I place it on third position. On second position is bigo live which uses video streaming as its mainstay. The younger generation is moving away from texting to live streaming. According to research , Facebook users are aged on average between 24 to 35. On pole position is whisper. WhatsApp gained popularity because if its use of just a phone number to login. Now imagine a scenario whereby a user does not need to provide any information at all but the app automatically assigns a username and is able to differentiate each user. This is what makes whisper unique. It relies on information  that it stores on the phone to identify the user. You can uninstall the app and reinstall it later to start of from where you left as long as you do not delete the whisper folder which is created upon initially installing the app. Whisper respects privacy. There is no…
Post a Comment
Read more

Stewart
Hi! My name is Stewart Mukonzi. I am a google certified digital marketer currently studying towards a Bsc Honours degree in Multimedia Technology. I enjoy taking photographs and training dogs as a hobby.